Jazz supergroup The Cookers are back with the announcement of their sixth album, titled “Look Out!” via London's, Gearbox Records on September 24th, 2021.

The album was recorded at legendary engineer Rudy Van Gelder’s studio in Englewood Cliffs. New Jersey. The album will be released on vinyl, CD and digital, the vinyl copy will feature each of the members signatures inscribed into side D. 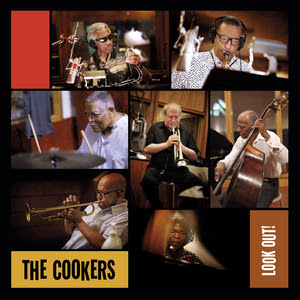 The members of The Cookers are all experts in their field:

Check out the new lead single “Somalia” which, "is a superlative Billy Harper number from the early ‘90s that is a prime examples of a personal thematic language that is deeply rooted in black sacred music traditions but also conjoined to a variety of other vocabularies, above all the propulsion of African grooves and chants. Harper has a gift for majestic lyricism that he sculpts with a steely, piercing tone and ecstatic phrasing that has made him among the most distinctive of post-Coltrane players heard in the past 5 decades."