Comprising 2LP + 2CD Deluxe Book Pack, 2CD Casebook, 2LP Gatefold Vinyl and Digital Formats, these definitive editions are timed to celebrate the 25th anniversary of the album’s recording. They will contain the original album as remastered by Grammy-winning engineer Bernie Grundman, as well as a host of previously unheard tracks from the original 1996 session tapes, including “La Pluma” and the recently shared “Vicenta.” 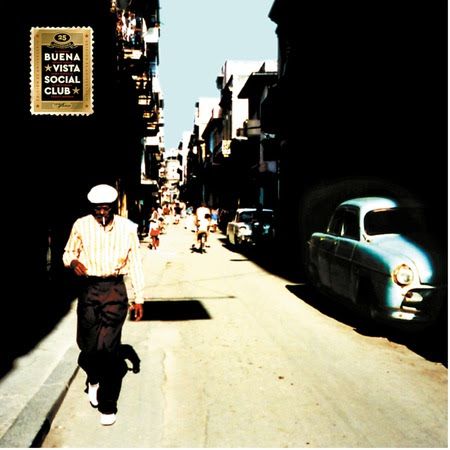 Other features across the formats include new liner notes, unseen photography and lyrics, with further biographies, art prints and a written history of the legendary original Havana club available exclusively within the Deluxe Book Pack format.

“La Pluma” sees Compay Segundo, with his band Los Muchachos, play this beautiful trova with lyrics that hark back to the 19th century poets who idolized women with their words of heightened romanticism. “You are the paper and I am the pen. Soon you will receive a love letter, written by me.” This is one of the lesser-known musical love letters that Compay wrote, thankfully uncovered by Ry Cooder during long conversations in the studio, when Ry would ask him to talk about the old days of the trova. In this case, Ry discovered that Compay had heard about a song-writing competition organized by a company making pens. He wrote this song, but probably didn’t submit it, since we know it didn’t win.

The history, authenticity and mystique of Buena Vista Social Club burns as brightly today as ever for fans both new and old. On March 26, 1996, the trio of Cuban bandleader Juan de Marcos González, American producer and guitarist Ry Cooder, and British producer and label owner Nick Gold assembled an impromptu group of Cuban musicians at Centro Havana’s historic 1950’s EGREM/Areito studios. The majority of those gathered were celebrated veterans of the golden age of the Cuban music scene of the 1940s and ‘50s. None of them had any idea that the recordings they were about to produce would change the lives of many people, themselves included, and would forever change the standing of Cuban music in the world. ‘Buena Vista Social Club’ was the name given to both this extraordinary group of musicians and the album, recorded in just seven days. The studio, owned by Cuba’s national label EGREM, was originally installed in the 1940s and is celebrated as a great jewel in recording history. The large single wood-paneled room enabled recording to take place with the full ensemble recorded playing ‘live’, which puts the listener right in the room amongst the musicians. There is no doubt that this played a major part in the magical sound of the final recordings.

It was clear from the atmosphere of the recording sessions that something very special was taking place, but no one could have predicted that Buena Vista Social Club would become a worldwide phenomenon – awarded a Grammy in 1997 and, at 8 million copies, outselling any other record in the same genre. The impact of those sessions is still felt 25 years later, and the vibrance and seductive allure of Cuba’s rich history and culture shines as brightly as ever in these definitive recordings. The acclaim of the original album has elevated the artists (including Ibrahim Ferrer, Eliades Ochoa, Compay Segundo, Rubén González & Omara Portuondo) to superstar status, inspired an award-winning film by Wim Wenders, and has contributed to popularizing Cuba’s rich musical heritage. Produced by Ry Cooder for World Circuit, the timeless quality of the music and the sheer verve of the veteran performers have ensured that this will go down as one of the landmark recordings of the 20th century.

This new edition includes tracks that were recorded during that famous week in 1996 but never released; some intended as repertoire suggestions, some off-the-cuff improvisations and some fully formed gems that are the equal of anything on the original album. There are also alternate takes of some of the now famous and most well-loved songs from the album.

Producer and guitarist Ry Cooder says: “The Buena Vista boys fly high and never lose a feather. If you miss the boat this time, you’ll have the blues forever.”

Juan de Marcos González says: “Buena Vista Social Club has probably been the most important album of Cuban music in the late 20th century, and definitely the one that reopened the doors of international recognition for ‘Son Cubano.’ Twenty-five years later I can still feel the positive vibes of the studio and, of course, the pleasure of having contributed to some extent to the album that rescued the music of my country and many of its great interpreters from the shadows.”

Nick Gold says: “Buena Vista Social Club is a once in a lifetime recording of Cuban music at its transcendental best. The magic created in that Havana studio sounds as vital and beautiful today as it did 25 years ago.”

Eliades Ochoa says: “Buena Vista Social Club brought together great musicians from the golden age of Cuban music and successfully took our traditional music to the rest of the world. It allowed me to be recognized internationally by the sones, guarachas, and boleros I had been doing since I was young. It also made me reconnect with musicians with great experiences whom I admired. Buena Vista brought us together through music, and we were a well-run family. On this 25th anniversary, we will remember with deserved pride those great legends who will always be present among us. We will celebrate with joy the legacy of the Buena Vista Social Club and the traditional Cuban music.”

Twenty-five years after the serendipitous days of recordings, and as legions of new fans continue to discover the album’s enduring and seductive appeal, these 25th Anniversary Editions give us the chance to get closer to the mystique and to relive the sessions from which a global phenomenon was born.